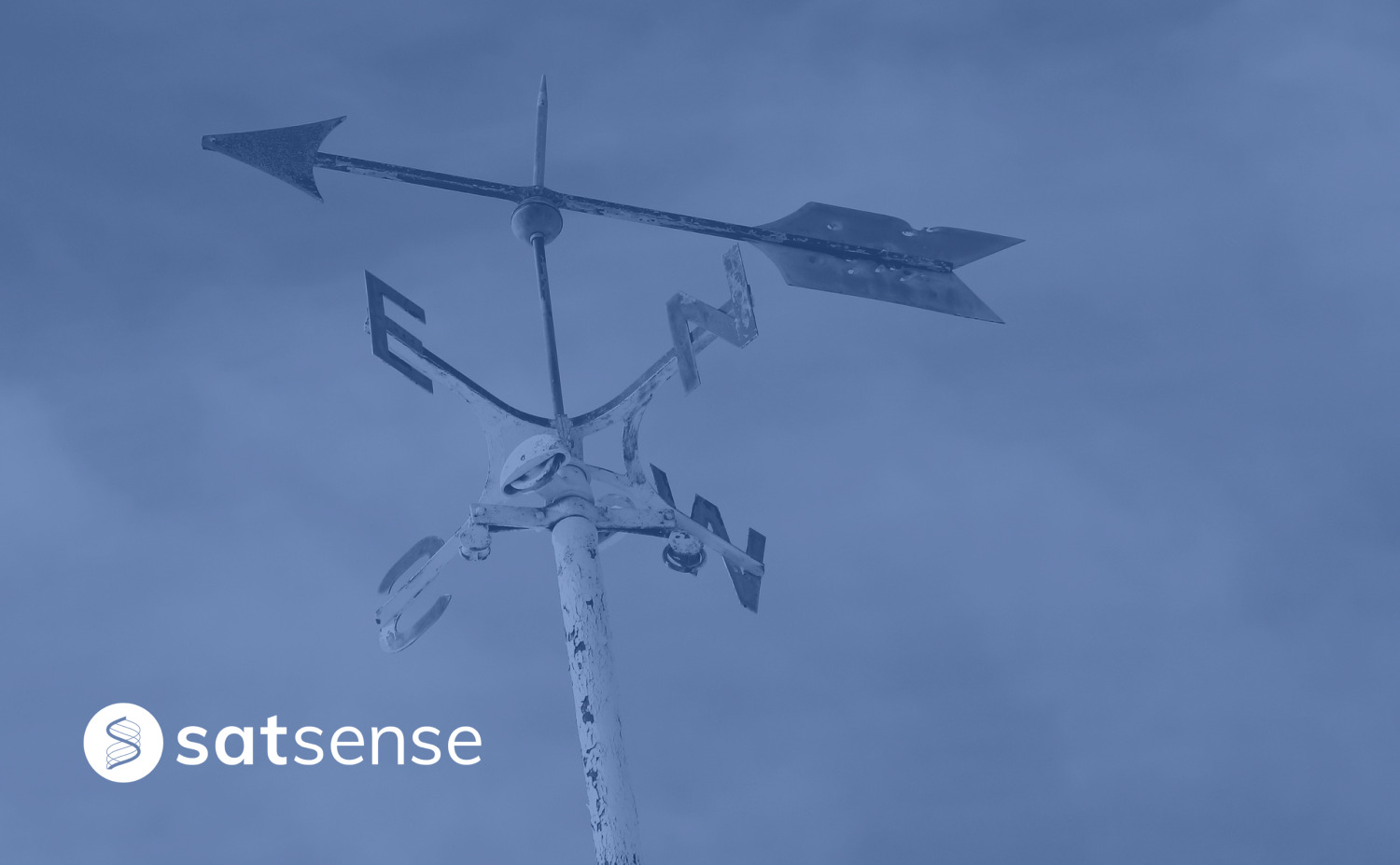 Getting ground movement direction out of our data

Getting ground movement direction out of our data

Using InSAR to measure horizontal and vertical movement in addition to the more commonly observed ‘line of sight’ geometry gives greater insight into behaviour of the ground.

Determining the direction, magnitude and rate of say horizontal movement allows, for example, any remedial work to be assessed, properly targeted and then monitored. 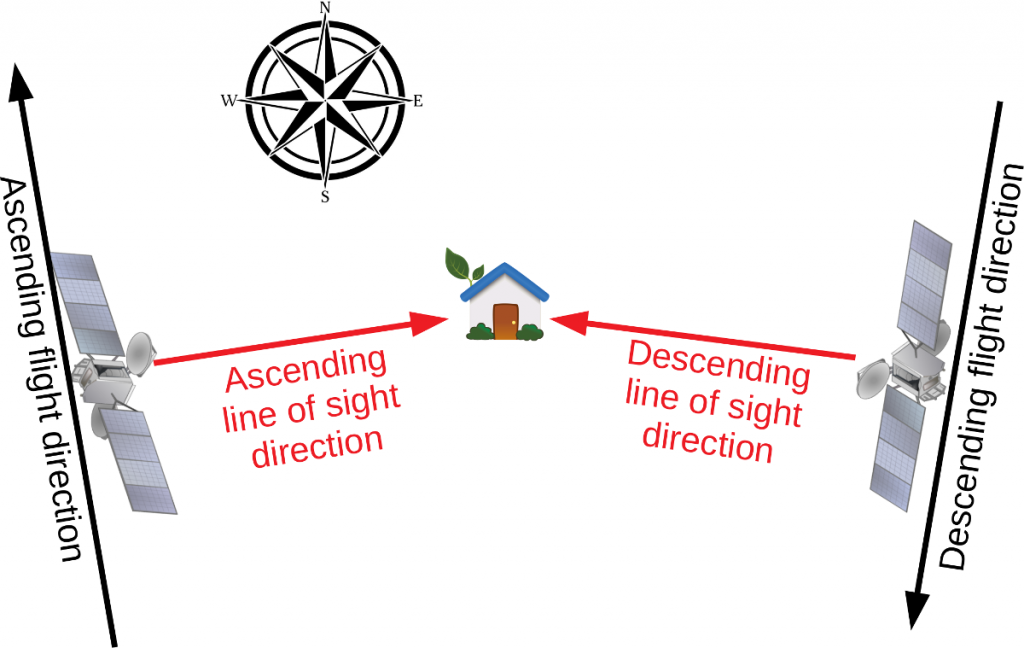 Below is an example of SatSense ground movement rate ("velocity") data over the village of Ventnor on the Isle of Wight, which has a long history of landslips. The top image shows ascending data, the bottom image descending data, and indeed, significant movements are visible in the area. Interestingly though, the sign of the movements is opposite, mostly red (negative) for ascending, and mostly blue (positive) for descending. This tells us that the movement has a significant horizontal component. 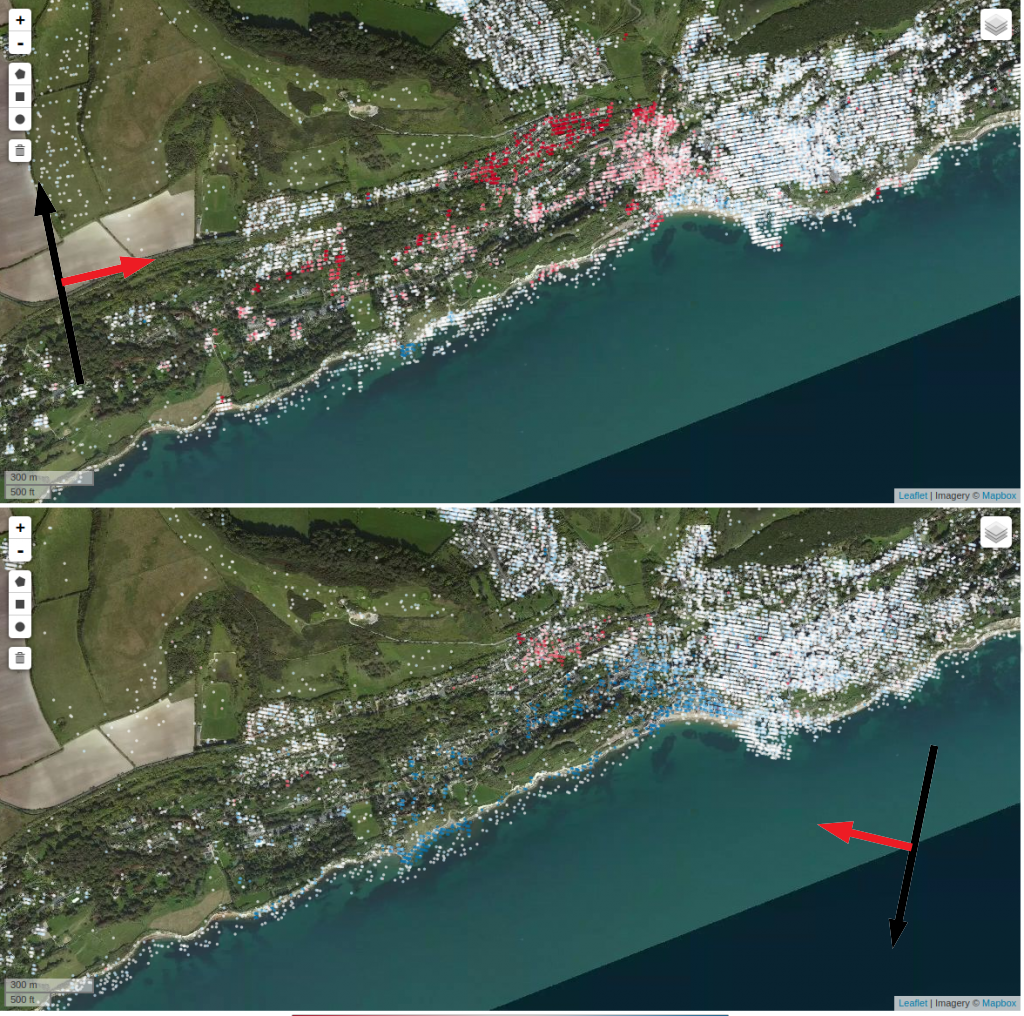 Above: Data from the ascending (top) and descending (bottom) satellite flight directions over the town of Ventnor, Isle of Wight. Red colours show movement away from the satellite. The data is showing opposite signs, which indicates a significant horizontal component.

Remember, the radar measures movement in the direction it is looking, and convention here is that movement away from the satellite is negative, making subsidence negative for both ascending and descending measurements, as the radar is looking down. For east-west movement, the radar is looking in opposite directions, and eastward movement would be away from the satellite for ascending overflights, and towards the satellite for descending ones. This is what we are seeing here, at least part of the movement is horizontal with a significant eastward component. This makes sense, as this means the cliff is moving seaward, as one would expect. 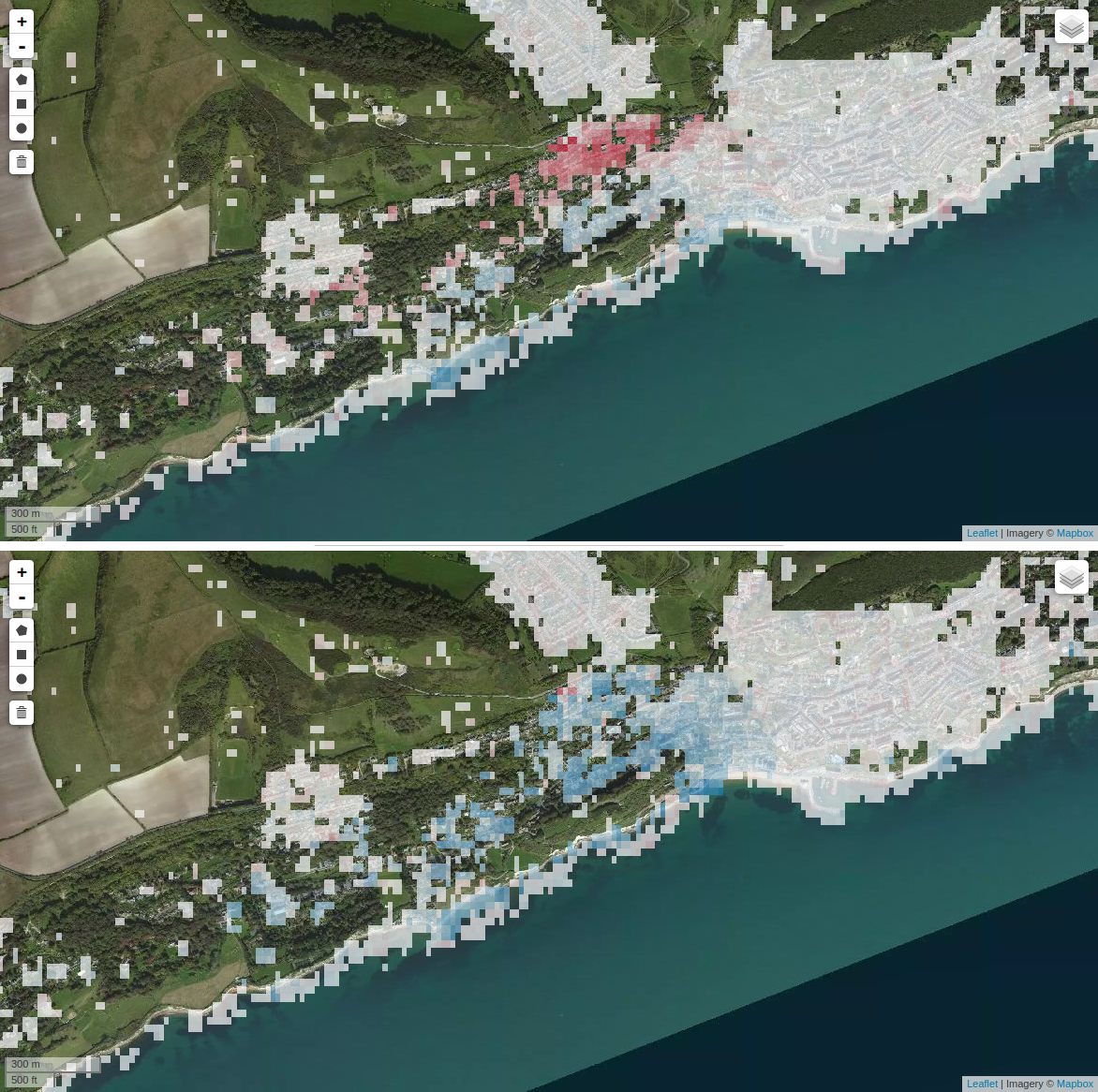 Above: Vertical (top) and East-West (bottom) decomposition of ground movement rates over the Ventnor area.

If you are looking to assess past ground movement, the impact of current works, or ongoing stability of infrastructure or property, get in touch to see if we can help - contact@satsense.com