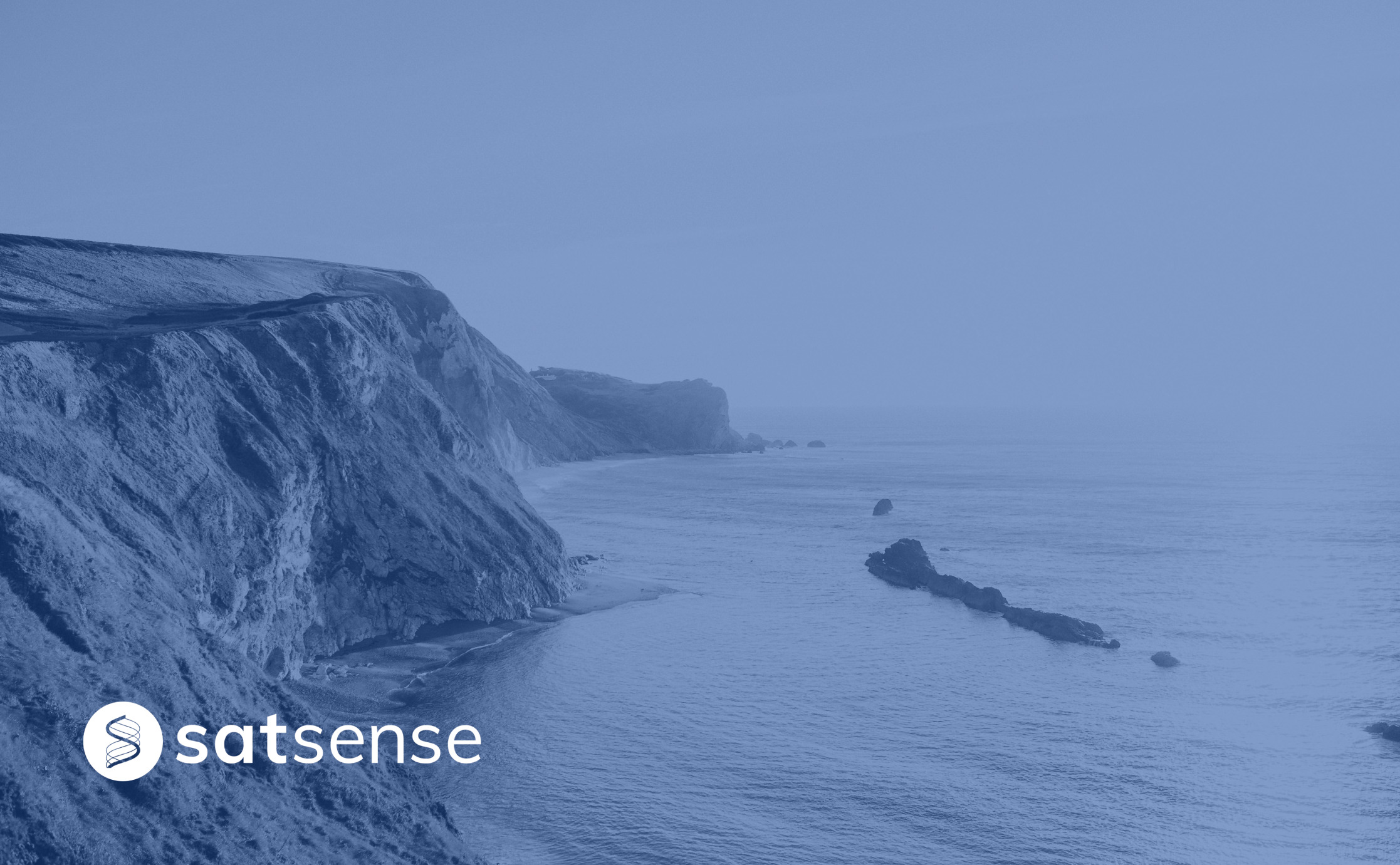 It's no secret that worldwide, sea levels are on the rise. Climate change is causing thermal expansion of the ocean as it warms, with the store of water in land-based ice reducing. Such environmental changes mean our coastlines are eroding, and they’re doing so at a quickening rate. What’s more, cliff instability is enhanced by sea levels rising, making the likelihood of further and faster cliff retreat a very real possibility.

In the UK, sea-levels are monitored primarily for flood warnings, and to establish their threat levels. The ocean largely regulates our climate, so they’re also measured to help scientists understand changing environmental behaviour. Whilst working to try and limit the amount sea levels rise by, we also need to work to improve the quality of critical data being used to observe this. At SatSense, we’re using InSAR to provide deeper insights to help determine the rates of our coastline’s movement patterns.

The British mainland makes up a coastline that stretches almost 18,000 km. Whilst we’re used to seeing Brits cram onto beaches to make the most of our few-and-far between summer days, much of our coastline is actually rather inaccessible.

So, when it comes to monitoring the exact rates of coastal erosion, environmental scientists are often presented with difficulties. Though certain coastlines present staggering rates of retreat, in some cases by up to 4 m/year, not all measurements are easy to retrieve.

By running data retrieved from the Sentinel-1 satellite constellation through our algorithm, we can assert ground movement rates to the accuracy of +/- 1 mm/yr. Employing this technology across a coastline where erosion rates fluctuate year on year equips geologists with a data set vital to the continuous assessment of increased/decreased movement resultant of an ever-changing climate.

The eroding cliffs of Yorkshire

Some of the most alarming cases of British coastal and cliff retreat are continuously monitored by the British Geological Survey (BGS). Since 2001, they’ve been observing coastal erosion and landslides at several sites, including the East Yorkshire coast; its cliffs at Aldbrough have been subject to significant levels of cliff retreat.

Aldbrough’s soft geology makes it more prone to erosion from rising sea levels. Cliff profiles are stepped because of the battle between erosion and resistance, and the active recession of both the upper and lower parts of the cliff cause differing landslides.

At present, wave action from storms and high tides is considerably eroding the lower cliff sections and, increasingly, the mid-sections, too. Rotational slumping is the primary cause of active landslides at the site; topples, falls, and mudflows form other major hazards, though they’re often minimal and short-lived.

These destructive environmental factors mean that since 2003, Aldbrough’s once-inland Seaside Road now finishes short at the cliff edge. In addition, a small number of constructions, including the Spa Inn, Talbot Hotel, and Royal Hotel, have been vulnerable to the increased approach of the sea and consequent erosion.

Case profiles like this highlight the importance of proactive monitoring of ground movement and ground retreat along our coast. The effects of unprecedented erosion can be extremely destructive in their nature to habitable constructions, public buildings, and wildlife habitats.

Deploying InSAR technology across a site generates accurate data that can be used to initiate better decision making. Whether slow or fast in their nature, progressive slope movements help us to better understand our changing environment and put preventative measures in place to lessen the chance of significant retreat.

When we observe Albrough’s cliff line using InSAR, the benefits of our technology are laid bare. For instance, displacement data (figure 1) from the Sentinel-1 satellite mission shows an increased rate of coastal slumping between 2019 and 2021, as well as the occurance of more coastal retreat between 2019 and 2021 than in previous years.

Additionally, the gap in the time series mid-2019 (often caused by temporary loss of coherence, such as that associated with landslides) could indicate rapid loss of land in this area. Also note the abrupt end in signal in figure 2.

The inconsistencies in Aldbrough’s cliff retreat across the years suggest a multitude of underlying issues that can now be further researched and analysed. Being able to identify slow- and fast-moving phenomena helps increase our awareness of ongoing issues and potential hazards.

Access to past trends in coastal ground movement is helping engineering geologists to better understand the most effective tools to monitor and develop remedies to decrease rates of coastal erosion. From here, coastal management authorities can be directed to areas of concern or in need of repair.

Despite efforts to improve and/or lessen our negative effects on the environment, models predict that by the year 2100, sea levels will have risen by at least 30 cm compared to 2000 levels, and possibly by more than a metre. The ability to intelligently put systems in place to try and counteract some of the impacts of these changes is crucial. InSAR cannot prevent these changes from occurring, but careful monitoring of land stability can be a useful part of a package of measures that help us live alongside these changes.

If you’re interested in learning more about how SatSense’s InSAR data can help you to effectively monitor large scale or localised coastal retreat, speak with one of our team today.
This website uses cookies to improve your experience. We'll assume you're ok with this, but you can opt out if you wish. Read More