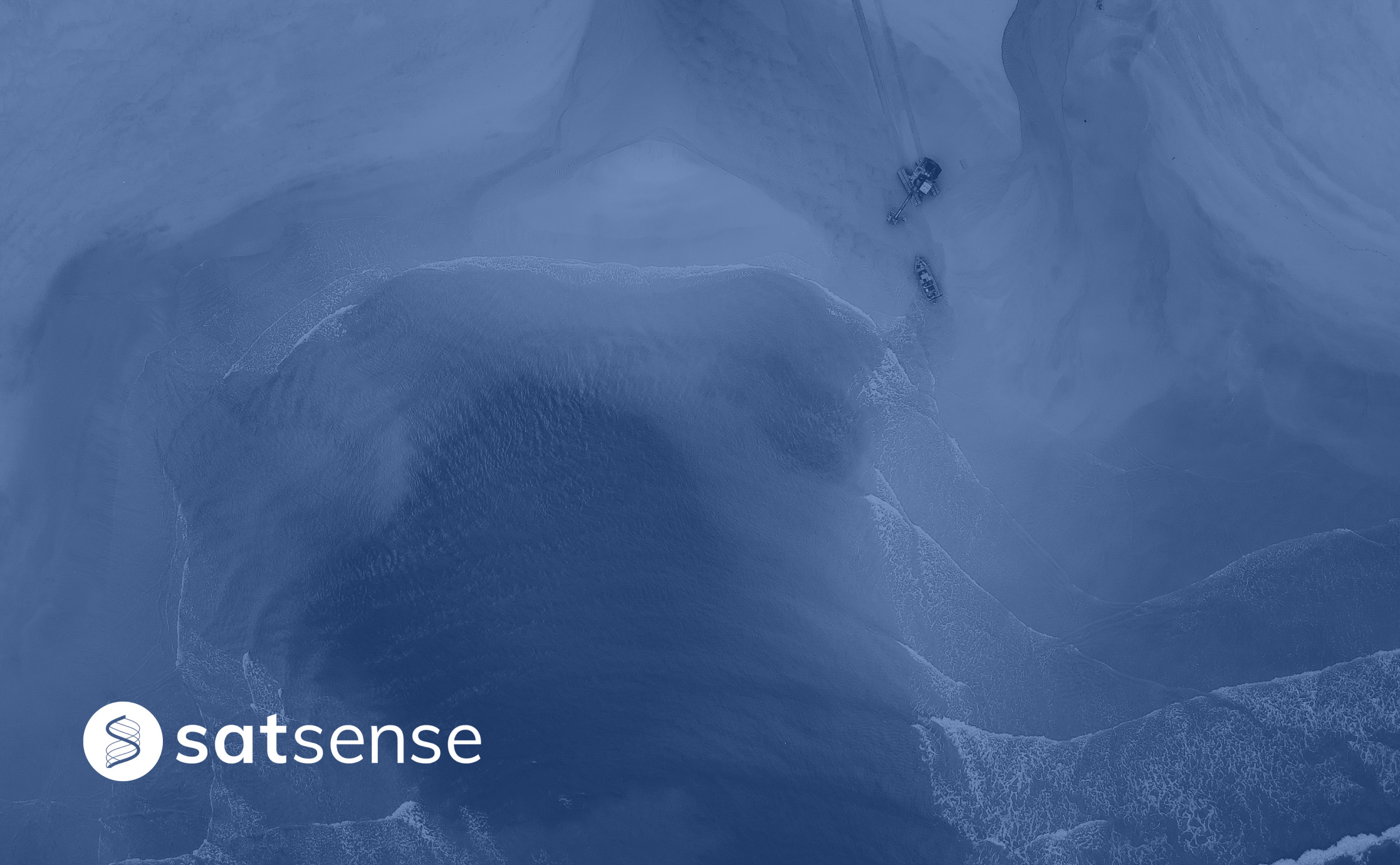 Is it Time to Ground the Extraction of Groundwater?

Is it Time to Ground the Extraction of Groundwater?

Over 70% of the earth’s surface is covered in water. But of this, only a single percent is readily available for human use. 99% of the 1% is stored in the water found in the cracks and spaces of soil, sand, and rock, deep underground. It’s known as ‘groundwater’, and its supply is under threat as the thirst for water worldwide rises. Global groundwater extraction rates are exceeding the rates of replenishment, with extraction topping 982 km3 per year. Such a disturbed equilibrium is increasing the vulnerability of underground formations to movement, bringing about a variety of environmental consequences and geohazards. The key to reducing such threats? Ground movement monitoring with SatSense.

The spaces between soil particles and fractured rock beneath the earth’s surface that groundwater fills are known as aquifers. Water readily moves through these geologic formations thanks to their permeable nature, with the size of the materials that make up the aquifer determining the speed of flow.

Rain replenishes and recharges the supply of groundwater, which can be shallow or deep depending on a variety of factors. Naturally occurring environments and seasonal weather patterns impacts its rise and fall. In addition, the changing climate (higher temperatures and melting ice caps; torrential rainfall), and human activities (like heavy pumping of groundwater supplies), impact its availability.

When groundwater is extracted for drinking and irrigation, it surfaces naturally via a spring or discharged into lakes and streams. Man-made wells can also be drilled into the aquifer to pump water to surface, though the side effects of such invasive actions are becoming more profound.

Take Chandigarh, India. According to the Dynamic Ground Water Resources of India Report, 2020, Chandigarh’s exploiting its groundwater supply at nearly a 20% higher level than the country’s average. The Central Ground Water Board uses the following classification system for groundwater extraction exploitation levels:

In general, any exploitation levels over 70% indicate that annual groundwater consumption is growing to be more than the availability of extractable groundwater, depleting the area of a life-dependent resource.

Alarmingly, the state of Punjab is seeing groundwater levels go down by 70cm annually. Consuming groundwater at a higher rate than its reserve is perhaps due to changing environmental conditions. In this region, monsoons are integral to recharge groundwater, yet rains in Punjab between June 1st and August 23rd 2021 were classed as ‘deficient’ (meaning levels were between 20% and 59% below normal).

So, why are we so alarmed by these extraction rates? Well, diagram 1 shows the changes in Chandigarh’s ground movements between 2015 to 2021, with the city represented by the black square just below centre. The red measurement points indicate downwards ground movement rates of tens of millimetres per year. In comparison, the areas to the east and west of the city show movement in the opposite direction, but at similar rates. 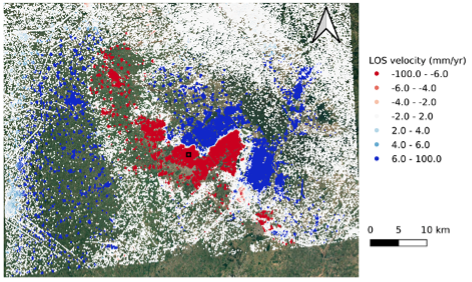 When analysing the area’s displacement time-series (diagram 2), we see how the ground deformation has developed since 2015. In fact, a huge amount of movement is revealed; over 300mm! Interestingly, the time-series shows consistent, steady downwards displacement. Without the presence of any rapid accelerations or decelerations, how long is it before the downwards movement settles, and groundwater extraction ceases? 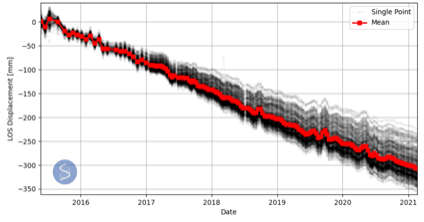 Running the risk of subsidence

The above demonstrates the case-in-hand for monitoring groundwater levels and extraction rates. As occurrences of land subsidence grows worldwide, the impacts of groundwater pumping are drawing attention. A report by the United States Geological Survey states that more than 80% of subsidence in America is directly correlated to groundwater withdrawal.

Subsidence is a well-known cause for concern among industries including engineering, planning, and resource management. Changes to drainage patterns, increasing the risk of flooding and destroying critical infrastructure, are all on the threat radar. Employing a tool that monitors, measures, and compares land subsidence is essential to understanding and managing potential impacts to lives.

The construction sector removes groundwater in a commonly-used technique to increase the effective stress of the soil. ‘Dewatering’ improves the strength of soil, consolidating the ground faster so it’s ready sooner for foundation construction. However, such an activity can also bring about adverse effects, like differential settlement. This indicates underlying geology of different permeabilities, most famously seen in the Leaning Tower of Pisa.

The key to expanding our understanding of groundwater and its nature is access to transparent, accurate data. SatSense’s ground movement data allows for insightful comparisons of movement over time, with the provision of granular current data and historic data. The more data, and subsequent knowledge we have, the better our understanding of the impacts of groundwater management practices. In turn, improvements can be sought, and sectors can plan infrastructure of increased resiliency that will help to minimise, and to some extent control, land subsidence.

If you would like to find out more about SatSense’s high quality ground movement data, get in touch with one of our specialists!
This website uses cookies to improve your experience. We'll assume you're ok with this, but you can opt out if you wish. Read More